THIS season’s Haikou World Open will have a new winner after both Mark Selby and Shaun Murphy earned their places in Sunday’s grand final. 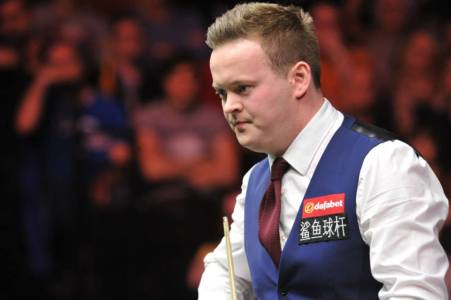 Selby battled his way to a 6-4 win over Marco Fu and former world champion Murphy ended any hopes of Mark Allen of winning the tournament for a third year running after beating him by the same scoreline.

The final will be a repeat of the 2012 UK Championship final which Selby won 10-6.

Selby, chasing his first title of the season, looked to be cruising his way into the final when a superb start helped him to a 4-0 lead against the Hong Kong star.

But this season’s Australian Open winner battled back winning four of the next five frames to make for a close finish.

And Fu could have forced a decider in the next frame when he led 58-31 trailing 5-4. But Selby managed to clear the table to clinch the semi-final win.

He will now look to take the title following his defeats in this season’s UK Championship and Masters final to Neil Robertson and Ronnie O’Sullivan respectively.

The second semi-final saw Murphy edge out Allen in a close-fought encounter which was decided in dramatic fashion as Allen unluckily fouled going in-off while trying to play safe during a re-spotted black.

Snooker rules dictate a foul on a re-spotted black will the cost the player the frame.

Murphy will go into Sunday’s final looking to win his first major ranking event since the 2008 UK Championship.