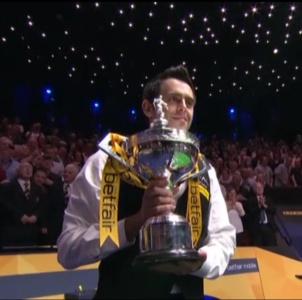 O’Sullivan, who won his fifth world crown back in May, took only 44 minutes to gain his first silverware of the 2013/14 campaign against the Northern Ireland potter who was playing in his first ever ranking final in a professional career spanning more than 20 years.

The Rocket lifted the Paul Hunter Classic trophy and collected the cash prize of 25,000 euros in convincing fashion with breaks of 92, 69, 61 and 110 in a quick-fire 4-0 win in Furth, Germany.

The next big event in the snooker calendar is the Six Reds World Championship which begins next Monday (September 2) before the Shanghai Masters gets underway two weeks later (September 16).

One thought on “O’Sullivan reigns supreme in Germany”